The Scottish Arbitration Centre is the home of domestic and international arbitration in Scotland.

Established in 2011, the Centre promotes Scottish arbitration and Scotland to the world as a place to conduct international arbitration.

It is a non-profit company limited by guarantee and has a Board of eight independent Directors. Sir David Edward QC is Honorary President and Hew Dundas is Vice Honorary President of the Centre.  Brandon Malone is Chairman of the Board, Lord Glennie is Vice-Chairman of the Board and works with other Directors Janey Milligan, Brandon Nolan, Ysella Jago, Mary Thomson, Gillian Carmichael Lemaire and Peter Scott Caldwell.  Andrew Mackenzie is Chief Executive of the Centre.

The Centre actively engages with lawyers and other professionals involved in dispute resolution, regularly sending representatives to attend and speak at conferences and meetings both within the UK and internationally. Alongside its promotional and lobbying work, the Centre also provides modern facilities for arbitration hearings, mediations, and training events at its premises by Haymarket in central Edinburgh.

Unlike some appointing bodies, the Centre does not maintain a list or panel of arbitrators, so the Committee has complete discretion to choose a suitable arbitrator for the dispute from the leading domestic and international arbitrators.

The Centre also runs training events on arbitration, most notably our annual arbitrator training day. The training day attracts numerous delegates each year, mainly from Scotland. The event provides practical guidance on acting as an arbitrator in a dispute under the Scottish Arbitration Rules (forming Schedule 1) to the Arbitration (Scotland) Act 2010; guidance on how to apply the Rules to common problems; how to deal with difficult cases; and how to avoid challenges to arbitral awards. 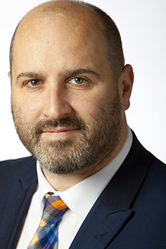 Brandon is the principal of Brandon Malone & Company, a specialist arbitration and litigation practice. A solicitor advocate, he is accredited by the Law Society of Scotland as a specialist in Construction Law and as a specialist in Arbitration Law, and convenes the Society’s Arbitration Accreditation Committee. Brandon is a practising arbitrator and expert determiner, and is a Fellow of the Chartered Institute of Arbitrators. He is a member of the panel of arbitrators of the International Centre for Dispute Resolution, the global component of the American Arbitration Association. He is also an eminent Fellow of the Royal Institution of Chartered Surveyors (FRICS). He has lectured widely on the subject of the Arbitration (Scotland) Act 2010. Brandon is an Honorary Lecturer at the Centre for Energy, Petroleum and Mineral Law and Policy at the University of Dundee and is an External Examiner in arbitration law at Robert Gordon University. He was a driving force behind the establishment of the Scottish Arbitration Centre. As well as chairing the Board of the Scottish Arbitration Centre, he is Co-Director of the International Centre for Energy Arbitration. 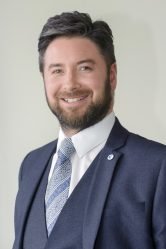 Andrew Mackenzie has been Chief Executive of the Scottish Arbitration Centre since its establishment in 2011.  He is also Secretary General of the International Centre for Energy Arbitration. A solicitor on secondment to the Centre from the Scottish Government, Andrew previously worked as a legal adviser to that Government. He was also Secretary to Lord Cullen’s Review of Fatal Accident Inquiry Legislation before becoming Head of Courts and Legal Services Reform in the Scottish Government, where he had policy responsibility for legal services, civil courts, and alternative dispute resolution, including the Government manifesto commitment to establish an international arbitration body in Scotland. Andrew is Co-Chair of the IBA Access to Justice and Legal Aid Committee, and sits on the IBA Presidential Task Force on Climate Change Justice and Human Rights.  An Associate Member of CIArb, he is also a Council Member of The Alliance for Equality in Dispute Resolution, sits on the RICS Dispute Resolution Appointments Board in Scotland, is an alternate member of the ICC UK Arbitration and ADR Committee, and has a seat on the Scottish Government Digital Justice Strategy Reference Group 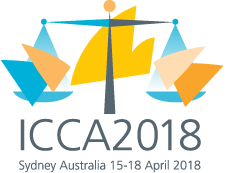 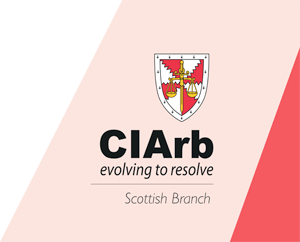